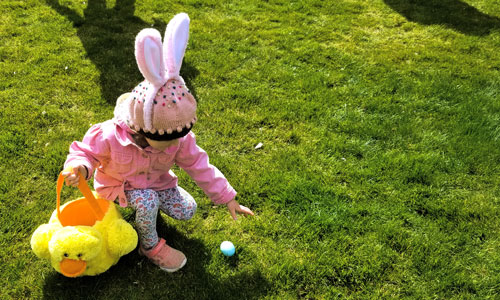 Finding the gold egg in the age 7 to 11 area at Roche Harbor's Annual Easter Egg Hunt proved extra difficult on Sunday, April 1, 2018. The two youngest age groups found the gold and silver eggs in their gardens and were waiting to be awarded their prizes but the older kids were still scrambling. Even a hint that the egg was hidden in a specific corner of the pavilion's patio didn't help.

Pieces of the  egg were finally discovered by Millie Nibbler of Friday Harbor.  Someone had found it earlier and dropped it. 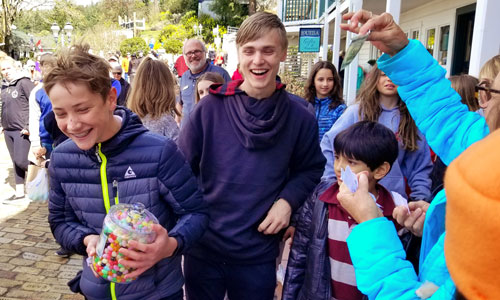 The jellybean counting contest was won by two young men - Marcus and Cameron - who were clever enough to calculate their answers using pi. They both came up with 1,178 and each won a $100 bill. One of them also got to take home the jellybeans. 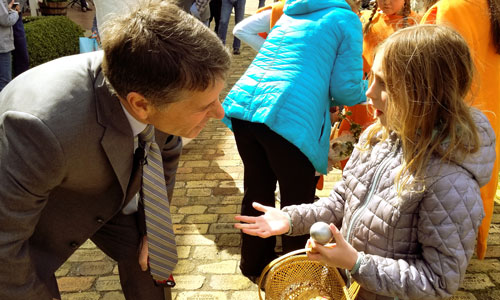 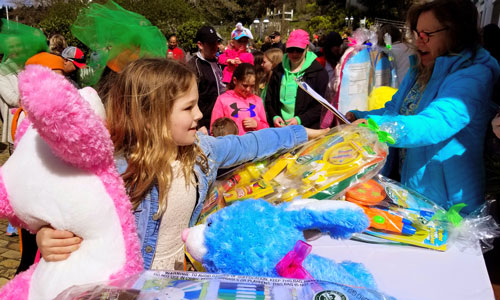 Kids ages 4 to 6 take off in search of Easter Eggs hidden in one of the gardens at Roche Harbor Resort's Annual Easter Egg Hunt.
Last modified onMonday, 02 April 2018 18:33