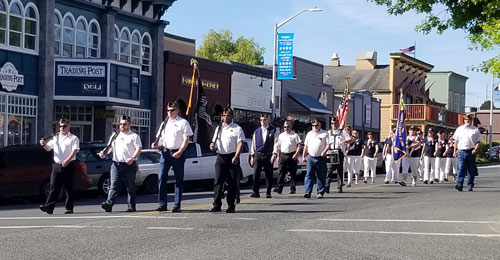 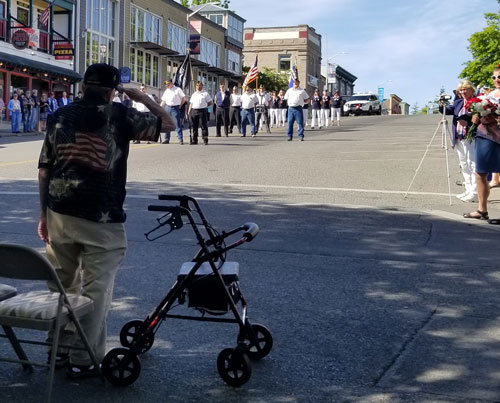 Under sunny skies, the American Legion Post 163 Color Guard, Firing Squad, Auxiliary and Our Lady in Mourning (Lynda Guernsey) representing all the widows marched from Court Street down Spring Street in Friday Harbor. The annual Memorial Day parade was followed by the ceremony at Memorial Park. 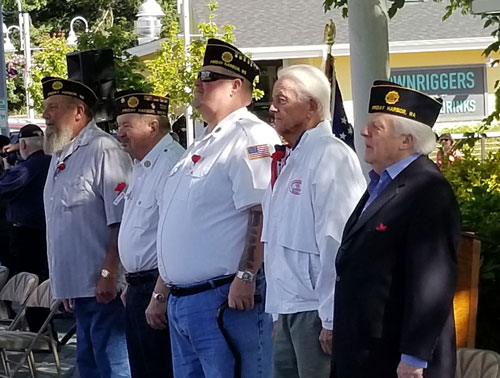 Ghatan said, "We will never be able to repay the debt we owe the individuals who gave the ultimate sacrifice." 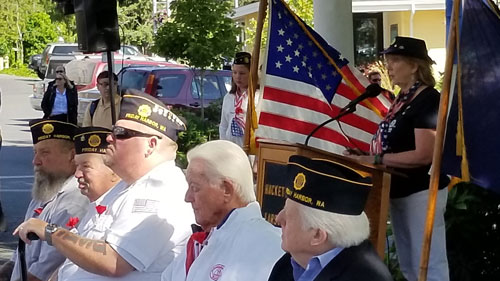 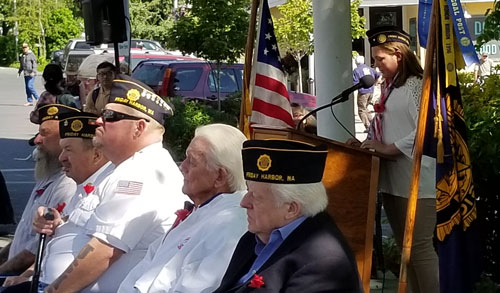 In Flanders fields the poppies blow

Between the crosses, row on row,

That mark our place; and in the sky

Scarce heard amid the guns below.

We are the Dead. Short days ago

Loved and were loved, and now we lie

Take up our quarrel with the foe:

To you from failing hands we throw

The torch; be yours to hold it high.

If ye break faith with us who die

We shall not sleep, though poppies grow

Commander Holzer read the names of San Juan Island citizens who died in a war. 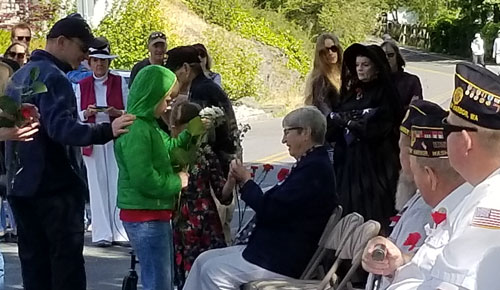 Boy Scouts and students from Stillpoint School gave flowers to the woman representing all the women in the Armed Forces and then threw flowers into the water in honor of those who died at sea.

Angel Michael sang "America the Beautiful".  Children covered their ears as the Post 163 Firing Squad shot off three rifle shots in honor of Memorial Day. Taps was played by David Eden and another man. The ceremony wrapped up with Al Spry firing the very loud cannon.

More in this category: « Fun at Easter Egg Hunt at Jacksons Beach - SLIDESHOW 55 graduate in the 106th FHHS commencement »