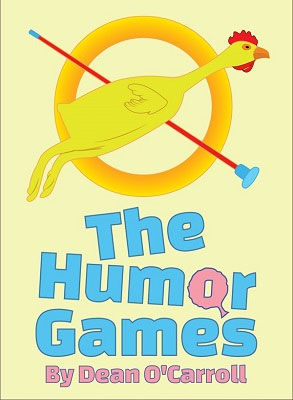 It’s all about who will have the last laugh when the Friday Harbor Middle School Players present The Humor Games Thursday, March 22 through Sunday, March 25, 2018 at San Juan Community Theatre in Friday Harbor. 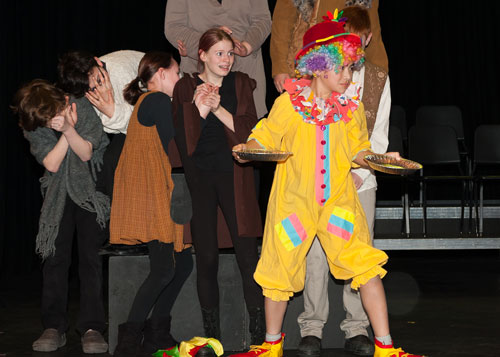 Dean O’Connell’s slapstick parody of The Hunger Games finds young Katskills Wintergreen taking a pie in the face for her little sister Dim to enter herself into the “Humor Games,” a comedy battle to the death.

FHMS and FHHS drama coach and director Jenni Merritt says that in addition to having fun and making audiences laugh, the production is also about providing more challenges to students to learn additional aspects of life on and off the stage. 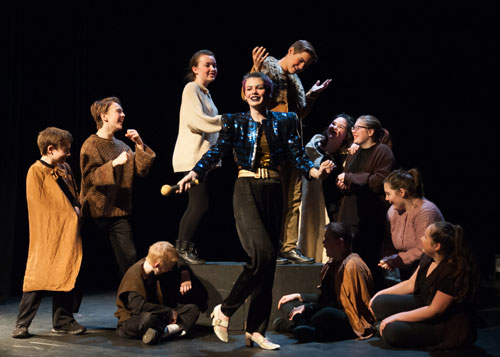 The middle school cast of 31 and student tech crew also features, for the first time, a student director assisting Merritt.

High school sophomore Chiara Power has been acting in several plays and musicals at SJCT since she was eight years old. And while she did write and direct a short play for a Playwrights Festival once, this is her first big gig as a director. And according to Jenni, so far…so great:

“I was sick last week and when I came back, I asked the cast how it was working with Chiara and they cheered—they’re excited to be learning from a peer,” she said.

Chiara says she too is learning a lot. “It’s really important to be communicative with the cast and crew. I knew that as an actor, but this is showing me just how important that is.”

Curtain times for The Humor Games are 7:30 p.m. Thursday through Saturday and 2:00 p.m. on Sunday. The Business Partner for the production is Friday Harbor Suites. Thursday is “Pay What You Can” at the door; tickets for Friday through Sunday are $12 each and are available online at www.sjctheatre.org or at the SJCT Box Office (360) 378-3210.