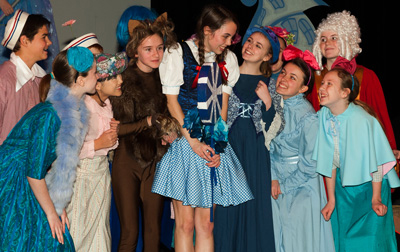 Take the original story and music from the original motion picture, add a little steampunk to the costumes, a little modern technology to the set and some 60 local youth, and you have The Wizard of Oz, island- and SJCT-style. FHHS and FHMS Players present The Wizard of Oz, written by L. Frank Baum, adapted by John Kane directed by Jenni Merritt. A 75-year-old classic returns to the Whittier stage for the first time in 25 years. And it will have us all humming favorites like Over the Rainbow, Ding Dong! The Witch is Dead and If I Only had a Brain/Heart/Nerve. 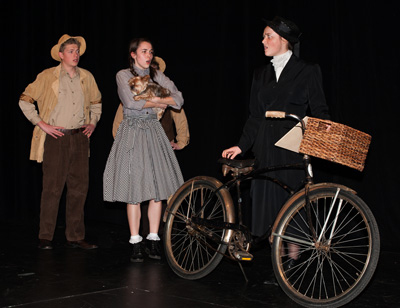 Merritt, drama director for both Friday Harbor Middle School and Friday Harbor High School, chose The Wizard of Oz because she “wanted to do a musical that both kids and their parents would know, pulling everyone in.”

She also chose her first fully-staged musical as a director to include students from both schools, something that hasn’t been done for several years.

“I’d like this to become a norm every few years,” Merritt said. “High schoolers can help guide the younger students and be reminded at the same time what it’s like to be that age. Plus, there’s strength in numbers and this is a big musical.”

Merritt adds that she is drawn by the magic in the beloved musical and the message of seeing the good in where you live. So many islanders who grew up here (like herself), she says, can’t wait to move off island and then do eventually return, because “there’s no place like home.” 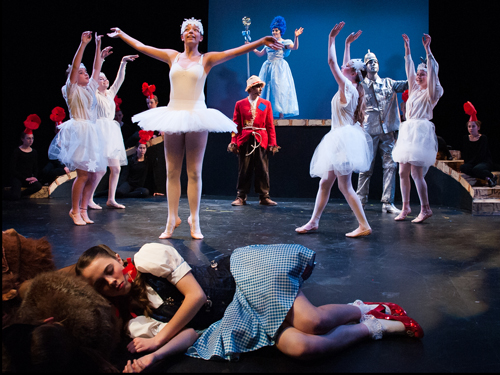 Tickets -  Adults/$16; Student Reserved/$9; (Student Rush/$5 available at door only) - can be purchased online or at the box office. 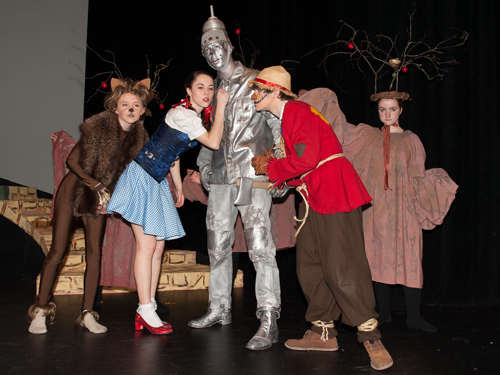