Friday Harbor girls basketball team rebounded from a slow start against Auburn Adventist and grounded the Falcons 38-17 at La Conner High School Saturday, Feb. 18, 2017. With the win, the Wolverines (9-11) secured Class 2B District 1/2’s second seed to the Hardwood Classic and will face Mabton (15-6) in the state tourney’s regional round at 2 p.m. Saturday, Feb. 25 at A.C. Davis High School in Yakima. 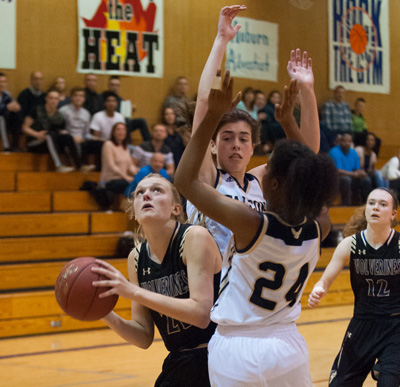 Winning the loser-out contest against the Falcons (12-8) and playing in the state tourney “puts the cherry on top,” said senior guard Alexa Mora.

“I’m really happy that we pulled it out in the second half,” said senior center Hayden Mayer.

“It feels good that they made it this far,” said Friday Harbor coach Fred Woods. “As hard as they’ve worked this year they deserve it.”

The Wolverines were not expected to make a return trip to regionals after most of the previous season’s starters graduated.

“We proved everyone wrong,” Mora said.

“This is basically a new team,” Woods said. “They had to learn how to play together. You got to give them credit for what they did.”

“From our scout team to our starters everybody on this team plays with heart,” Mora said.

“I wouldn’t want to go to state with any other team,” Hopkins said.

“I love this team,” Mayer said. 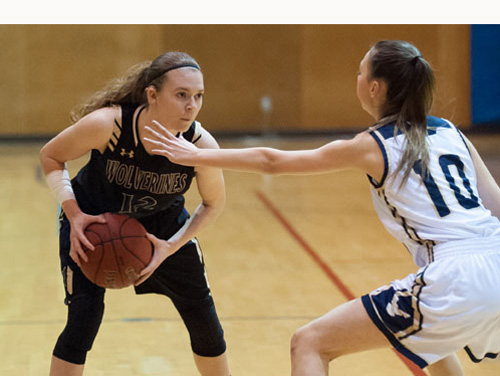 At the start of the district consolation final the prospect of Friday Harbor making a return state trip seemed doubtful: The Wolverine offense sputtered and Auburn Adventist led 5-0 after a quarter of play.

“I was a little nervous but not too nervous,” Hopkins said. “I knew we could come back.”

The Wolverines’ smothering defense prevented the Falcons from flying away with a victory by holding them scoreless in the second period.

“They did what they had to offensively but played really well defensively,” Woods said. “We always hang our hat on our defense.

“When things didn’t start right for us, they showed maturity and stuck with the game plan.”

Junior point guard Ciera Bailey took charge of the Wolverine offense, scoring all but one of the points tallied in the second quarter. She pumped in 14 of her game-leading 17 points in the period.

“Ciera kept us in it in the first half until everyone else started warming up and dispersed the weight off her,” said Mayer, who scored 15 second-half points, including 11 in the final quarter.

“Ciera was huge in the first half and Hayden stepped up when she needed to,” Woods said.

“Once someone starts making shots everyone starts following along,” Hopkins said.

“We made them play at our speed,” said Mora, who contributed three points.

Savannah Hoffman pitched in two points for the Wolverines, who went 9-for-14 at the foul line.

Kamryn Klingstad and Kaayla Butler each scored 7 points for Auburn and Lindsey Reed pitched in 2. The Falcons made four of 16 free-throw attempts. 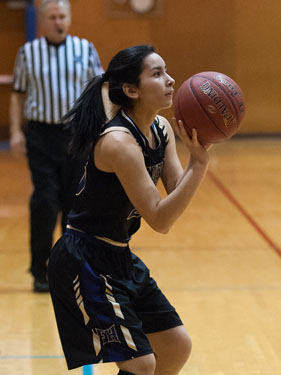 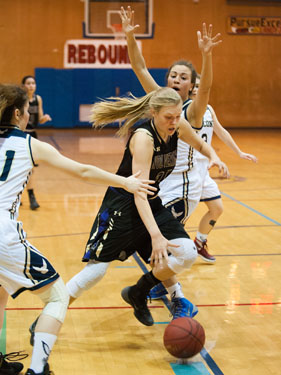