Friday Harbor boys soccer team won this season's rubber match against Orcas Island 2-1 on Saturday, Nov. 5 at the Class 1B/2B Distirct 1 Championship at Sammamish High School. The Wolverines (12-2) trimmed the Vikings (14-2) by out-booting their crosswater rivals 5-4 in a shootout. Both teams advance to the state tournament and will play Nov. 11 or 12 against opponents to be determined. 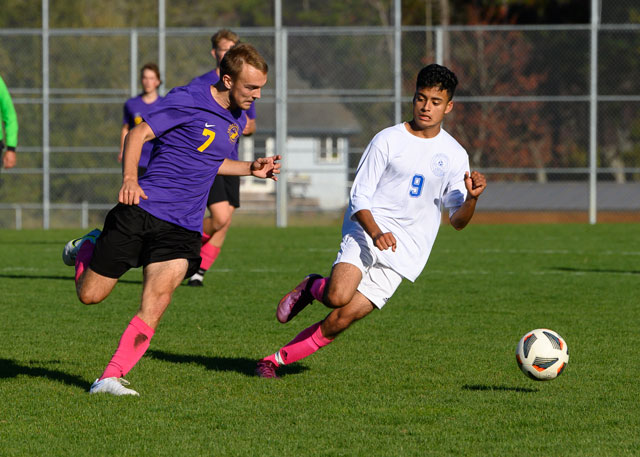 All three of this season's matches between the teams have been decided by one point. Friday Harbor managed a rare upset Orcas on the Vikings' home pitch with a 1-0 victory at Buck Park on Sept. 20. The Vikings then topped the Wolverines 3-2 when they visited Linde Fields Oct. 11, 2022. 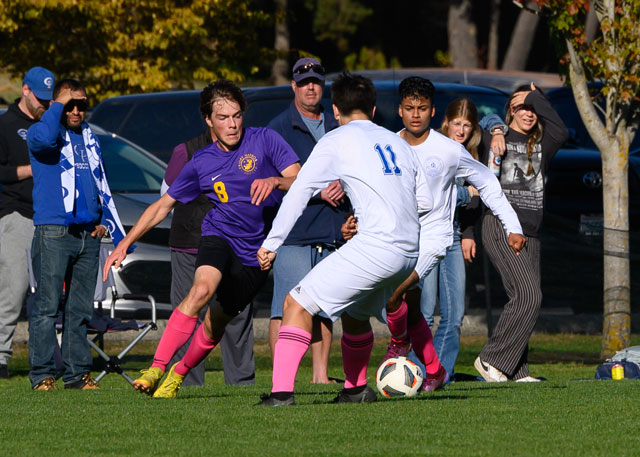