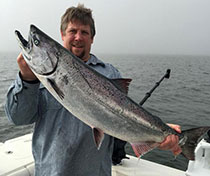 Well, that’s a wrap on the Marine Area 7 Winter Chinook Season. The early closure this year was a real heart breaker for a lot of us. We really look forward to these next few months and the normally 10 week long Frank Wilson Memorial Blackmouth Derby in Friday Harbor.

It looked like it would be a no go this year, but it was decided that the tournament would continue from February 1st for as long as the season was open. This made for some pretty hot and heavy action for Valentines day weekend, at least as far as the fishing was concerned.

A big thanks to King’s Marine for getting it done. As always, all proceeds go to San Juan Island Emergency Medical Services. 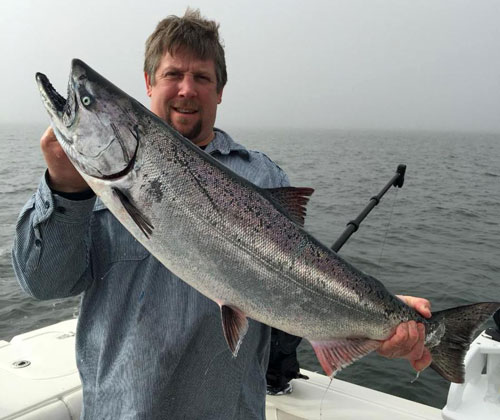 Jim Lawson with the top fish in the 2015 Wilson Derby. At 20lbs, that’s a good fish for any winter tournament, even with the asterisk. 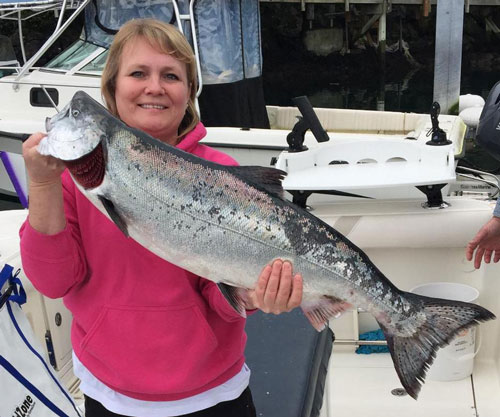 Rustie Rush was in Hawg Heaven for a day with the leading salmon. Then she got beat by Jimmie on the last day of the derby. She can’t feel too bad though…they were fishing on the same boat! 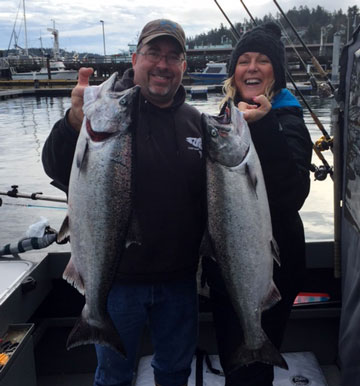 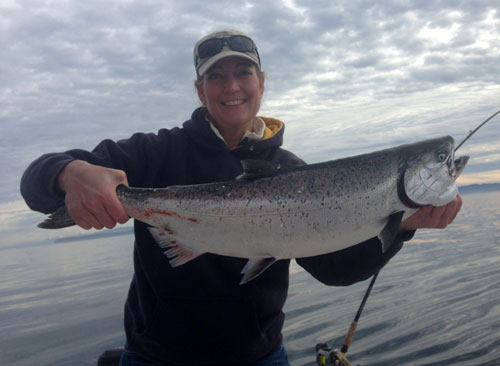 Vicki Telford shows off the Chinook that would end up being the lucky mystery weight fish of the derby, caught on Friday the 13th. 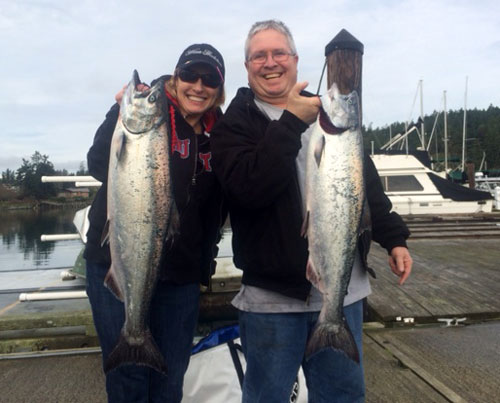 Peter and Brenda Schmidt caught a couple nice ones. Hard to beat the weather we had for the last weekend of salmon fishing. 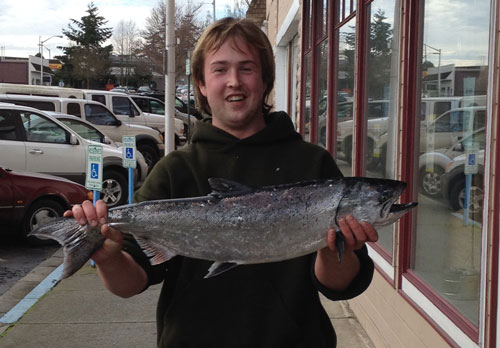 Kyle Prescott gets ready to weigh a Blackmouth for the Wilson Derby at King’s Market in Friday Harbor.

- Photos and story by Kevin Klein