Jesse played tee to green as good as I have ever seen him play but the large Meadowwood greens were too much for him. He was looking at 40 to 60 foot putts on almost every hole. We don’t have one green at San Juan that even comes close to being the size he was experiencing.

He shot a 101 and finished about 30th in a field of 40 players. To earn a spot in the prestigious top 40 in our District is quite an accomplishment. I congratulate him and the entire team on a great season.

The San Juan Island School District agreed to send the District Champion Team to the State Tournament to support their teammate. Four years ago, I nicknamed my four freshman the four horsemen and they have been a cohesive team for the last four years. I have watched them grow as golfers and young men. As the team gallery followed Jesse at the State Championship they hit every shot with him. They wore their team shirts and represented the school with pride and honor. I couldn’t have been prouder of them. The enclosed picture speaks for itself. 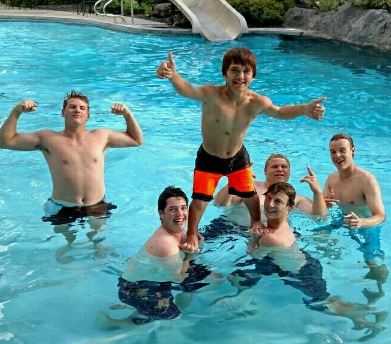