Four golfers on the Friday Harbor High School team have qualified for state along with two from Lopez Island High School and one from Orcas Island High School. The golfers played in the 2019 Bi-District Golf Championships played at Gallery Golf Course on May 16, 2019. The top 13 players from the state qualifying tournament are headed to state.

Wolverine Coach Jack Rice sent in the results posted below and these comments: 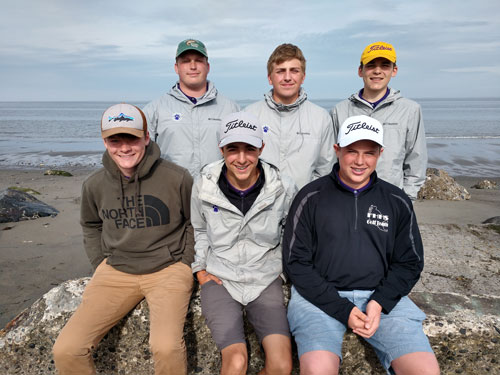 The team had a Great day on the Links yesterday. Friday Harbor won four of the 13 slots to the High School State tournament. Freshman Jack Mason won 1st Alternate. Junior Teagan August missed by just one shot even with a par on the last hole. The winners of District I and 2 sent 27 players to compete for the coveted 13 slots to the State Tournament. This is the largest team we have sent to the State Tournament in my ten years of Coaching. I am proud of every one of them. - Coach Jack Rice