Friday Harbor sent two golfers to the 1B2B High School State Golf Tournament held in Deer Park on May 24 & 25. This is the first state championship for golf in two years because of the Covid 19. 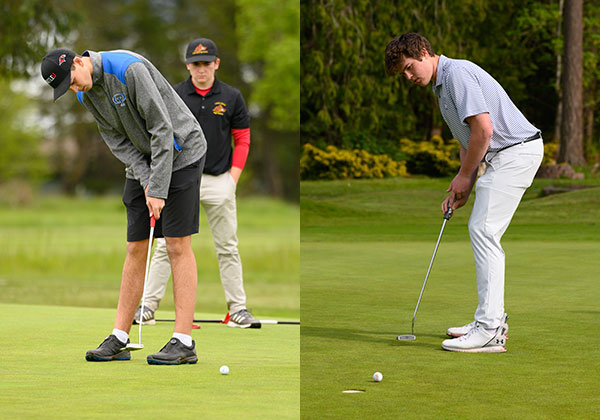 Jack Mason and Izzy Graham survived the grueling District and BiDistrict Tournaments to see who would represent our League at the State Tournament. At each event, only the best players get to move forward and finally earn a position in the elite field of 40 women and 60 men who get to battle it out to find out who is the best high school player in our division in the state.

Izzy is the first Friday Harbor Lady to make the Big Show in eight years. She follows in the steps of high school standout Kendra Meeker. Only half of the 40 women field get to play the final day and Izzy didn’t make the final cut. No matter how you cut it, she had a great season and brought a lot of spirit to the Ladies Golf program. Emma Worgun from LA Conner won the Ladies division with a winning score of 75, 69, even par 144. Emma won the Friday Harbor Invitational the week before hosted by the San Juan Golf Club. 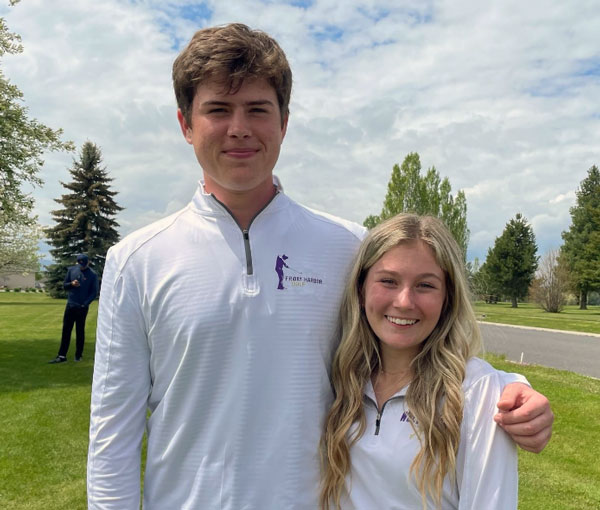 Jack Mason put together one of the finest displays of golf I have witnessed in my Coaching career and captured 5th place in the State Tournament. Jack fired an 81 the first day and was tied for 7th place in the field of 60 golfers. During the practice round, Jack had a stretch of six holes in which he played two under par. I knew he had it in him but in the past, he hasn’t been able to keep it all together.

The final day of the state tournament, his final competitive event as a senior at Friday Harbor, in his own words, “Coach I just played the best round of golf in my life”. The mark of a true champion, he shot 1 over 73 and finished in 5th place. This is the highest finish for anyone on the Men’s team in over 20 years.

The only time I had to step in to bring him back to reality was on the 17th hole. He had driven the ball 300 yards down the middle and had 260 to the par 5 that had water short and left of the green. The day before he had a different angle but similar shot and was able to catch a flyer out of the rough and carry 230 yard over the water ending up with a 30-foot eagle putt. When Jack started to pull the 5 iron out again, I asked him to reconsider his decision. The risk reward for pulling that shot off from the middle of the fairway was pretty slim. I suggested a 9 iron to lay short of the water with an easy 75-yard pitch for birdy. We compromised on an 8 iron and laid it up perfectly. He played a short pitch within 5 foot and knocked it down for the birdy.

Watching Jack play that round of golf was one of the most rewarding events of my Coaching career. It was like watching a PGA professional dissect a golf course. Dan Harrington from Chesterton Academy birdied the last three holes to shoot even par 144 to win the championship over Burly Hildreth from Orcas. Ananda Velo from Lopez finished in 9th place. Our little island league placed 3 of the top 9 players in the state tournament.

The golf program at FHHS started the year with 22 boys and seven ladies. A program like this doesn’t happen by itself. There are so many support groups and individuals that are helping these young students learn about golf and the game of life. I want to thank my assistant Coach Gordy Waite for all his guidance and hard work with the Ladies team. We couldn’t do this without the support of the San Juan Golf Club board of directors, Professional Connie Gregor, greens crew and members. I thank you all for helping us make a difference in these young lives. All the players on our team are winners and I’m proud to be their Coach.