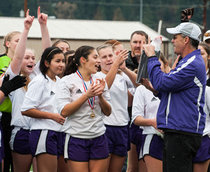 “This is the best team I’ve ever played with and I’m proud we made Lady Wolverine soccer history,” said senior defender Kaitlyn Domenech.

“I’m really proud of us for getting as far as we did,” said senior midfielder Sammantha Hopkins.

“It takes a while to sink in that you’re in the top four,” said Friday Harbor coach Paul Hopkins said.

The Wolverines gave up only two goals in their final two matches of the season -- one in a 1-0 semifinal loss to Liberty Bell Friday, Nov. 22 and the other in a 1-0 consolation final loss to Adna the next day.

“One-to-zero is a tough loss,” Coach Hopkins said of the loss to Adna in soaking conditions.

“It feels weird leaving behind a team that we’ve played with since we were little,” Domenech said.

“I’m going to miss playing with such a great team,” Sammantha Hopkins said.

Coach Hopkins is encouraged about the experience the returning players have gained though. “To know they can hang with two of the three best teams in the state is a good confidence builder for next year,” he said. “I’m encouraged, the next four years look good.” 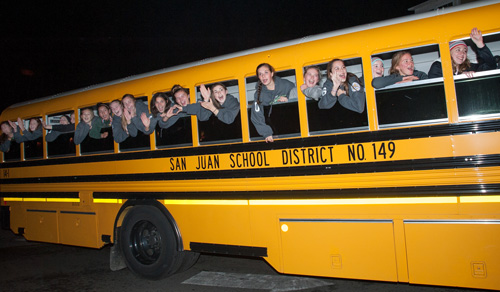 Saturday night, a cannon boomed, an EMS ambulance flashed its lights, blew its siren and parents and friends cheered as the Friday Harbor Girls soccer team arrived back in Friday Harbor after state tourney games in Sumner. 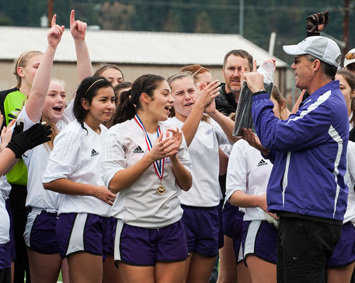