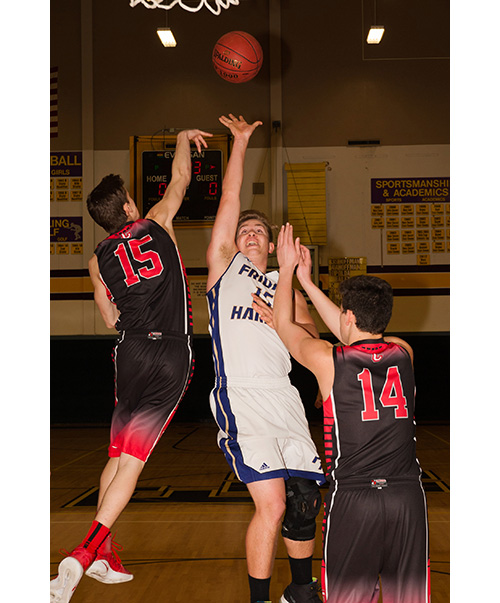 The Wolverine post players, who averaged several inches taller than the Warriors’ insiders, dominated the boards. “We finally used our size to our advantage,” said Friday Harbor coach Rod Turnbull.

Friday Harbor’s guards also performed well, helping the Wolverines build a 28-16 halftime lead. “Our inside game opened up the outside game,” Turnbull said.

Turnbull commended the Wolverine defenders for shutting down the Warriors’ outside sharpshooters: “We played some good defense. If they (Crosspoint’s guards) get going on those threes, it’s a whole different thing.”

The 2B Bi-District bracket is posted at http://www.nw1a2bathletics.com/..