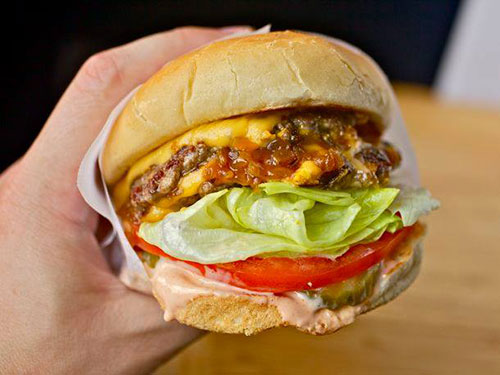 There’s something special cooking at Friday Harbor High School tonight, Friday September 21. As the FHHS Wolverines’ offense serves up a steady dose of ground and pound rushing attack the Purple and Gold boosters club will be serving up a half pound of beef ala In & Out-styled Animal Burger.

The Wolverines defense has been handing out “nothing burgers” for the past 9-plus quarters of football. They put that streak on the line Friday night in a home, non-Ieague game against the Sultan Turks beginning at 6:30 p.m.

Playing in just their second home crowd the players are looking forward to completing for the community, says Head Football Coach, Brock Hauck. He says that the team is ready to play in front of the home crowd.

Purple and Gold Tailgate Party starts an hour before kickoff at 5:30 This Week's Featured Burger is the Animal Burger, similar to In & Out Burgers - burger with American Cheese, grilled onions, secret sauce on a potato bun, with Chips and Drink for $12.

Burger master extraordinaire, Koshi Herko-Holt, says that she hopes that fans come for the burger stay for the ball game. Koshi says that “there's nothing better on a Friday night than a little bit of ground and pound football and a grilled half-pound of beef. She warmed fans to get there early so that don't get shut out.