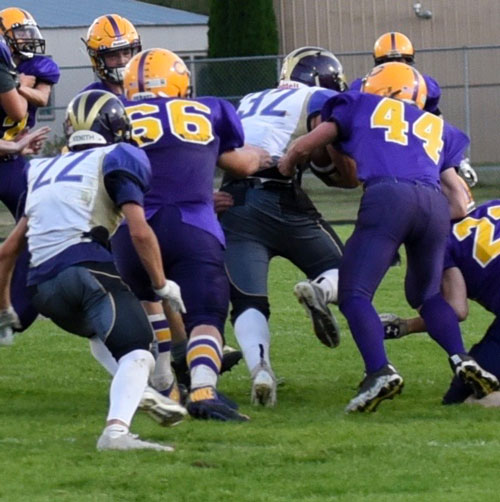 The Wolverines record is 3-2 overall and 0-1 in league play. 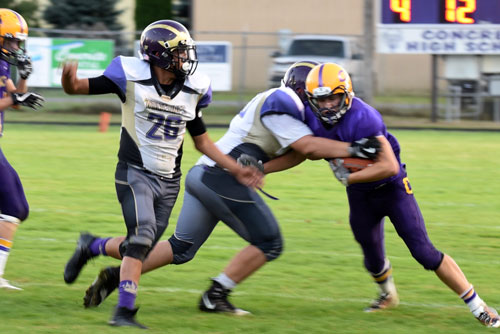 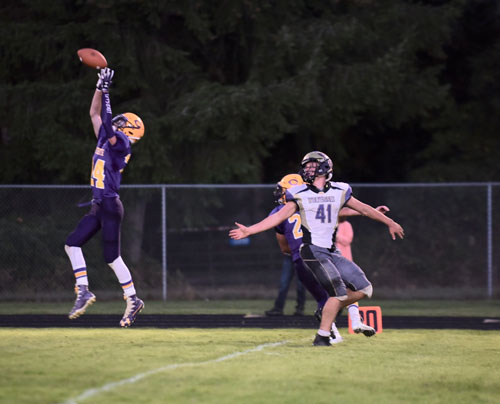 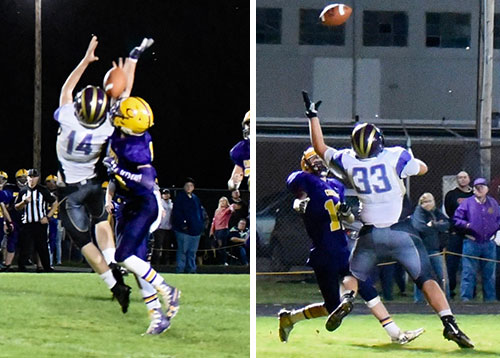 (Left) Wolverine # 14 Jordan Lawson receives a long pass for much needed yardage. (Right) A Wolverine pass was slightly out of reach for intended receiver #33  Teagen August. 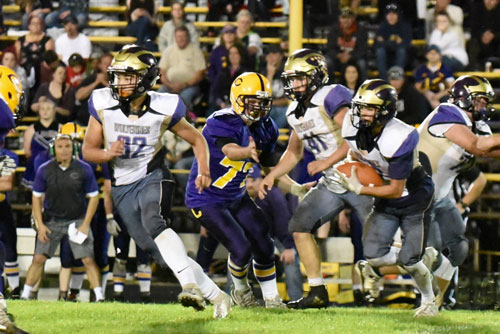 In the second half of play The Wolverines got fired up and started to put points on the scoreboard. Here #32, #41 lead the charge for #22 Kyson Jackson carrying the ball. 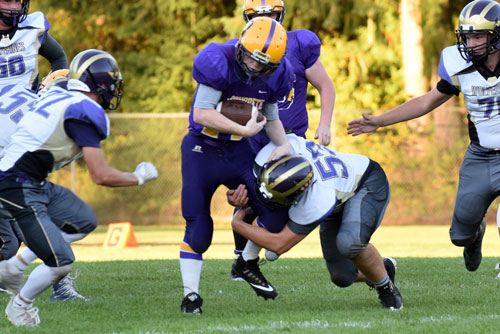 Wolverines fought hard but could not stop the Concrete Lions from getting the win. Lions 27 and Wolverines 20. Here Gavin Mason # 53 tackles a Lions running back. 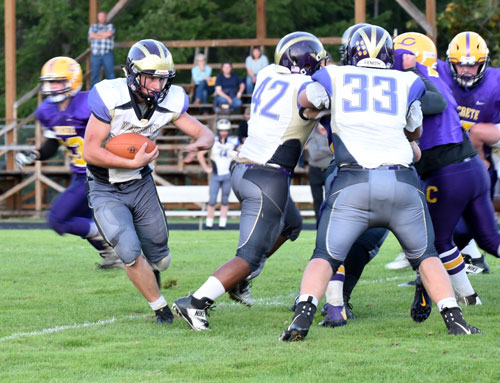