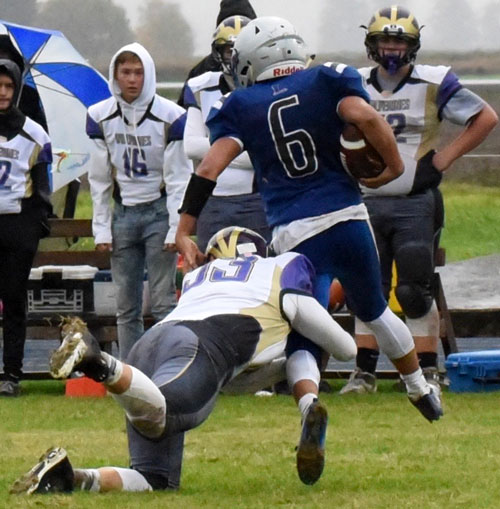 With the road victory the Wolverines secure a tie for first place with Concrete in the Northwest 1B/2B League. The Wolverines and Lions will play a winner-to-state/loser-out two-quarter playoff game Tuesday, November 6. The time and location are to be determined. 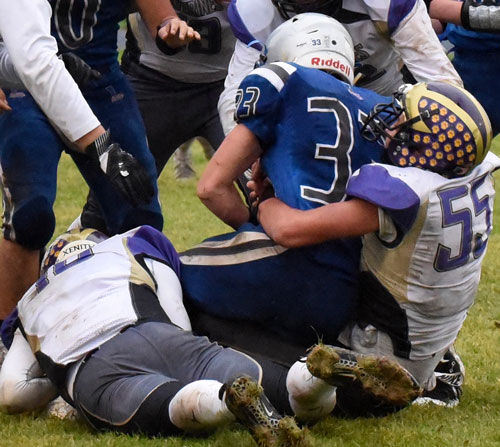 Wolverine #55 Austin Wynn tackles a Brave running back for a loss of yards. John Stimpson photo 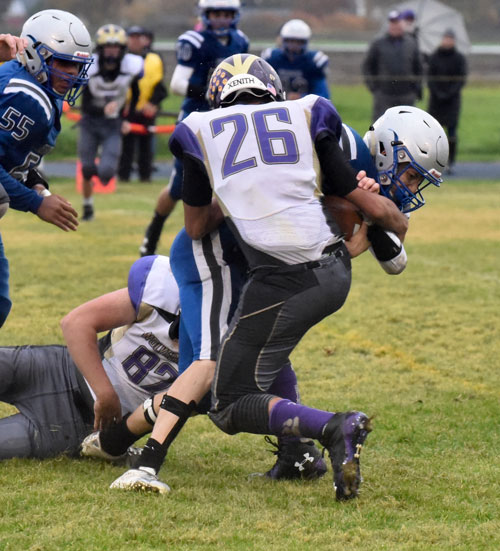 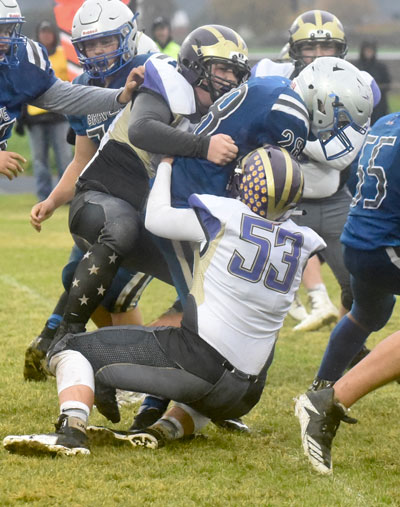 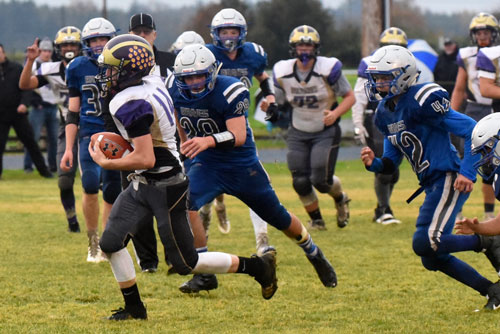 Wolverine Jordan Lawson catches a pass from QB Jaden Jones and runs for his second touchdown of the night.  John Stimpson photo 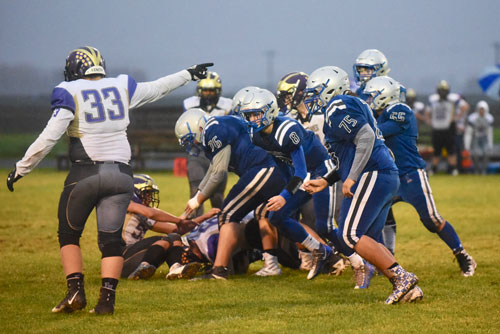