The Wolverines played their first league game against the La Conner Braves Tuesday, December 18 in La Connor. The Wolverine Boys Varsity came away with a well fought win over the Braves with a score of 65-46. 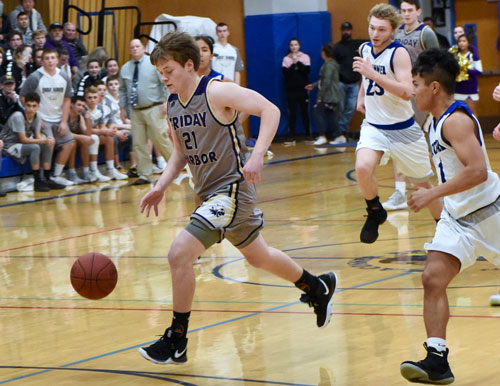 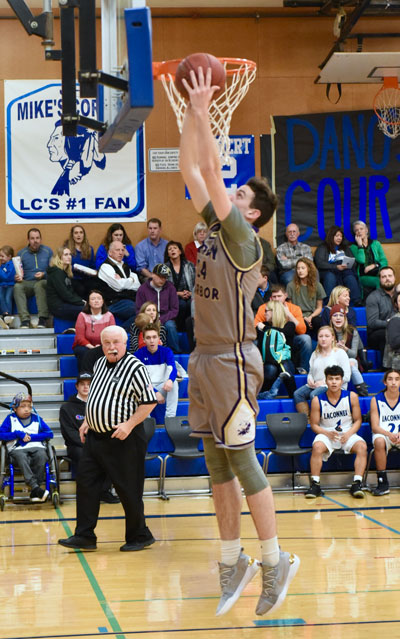 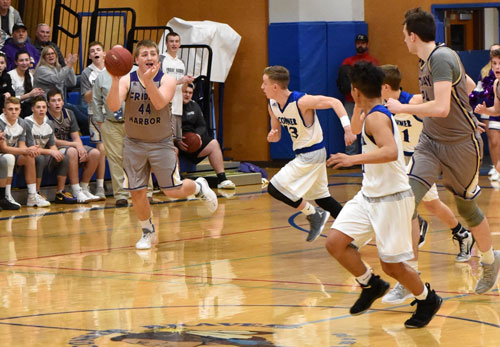 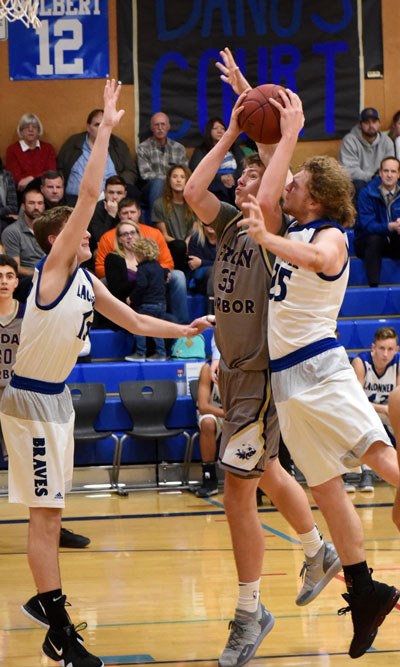 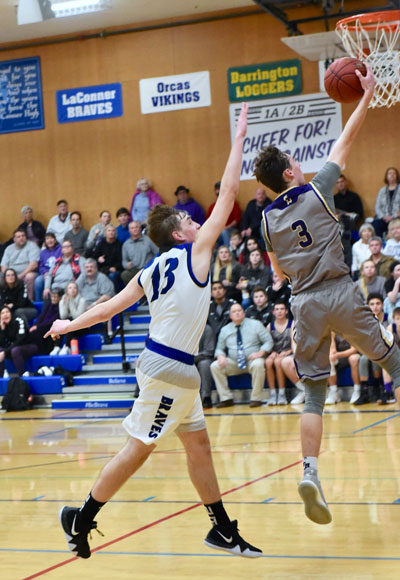 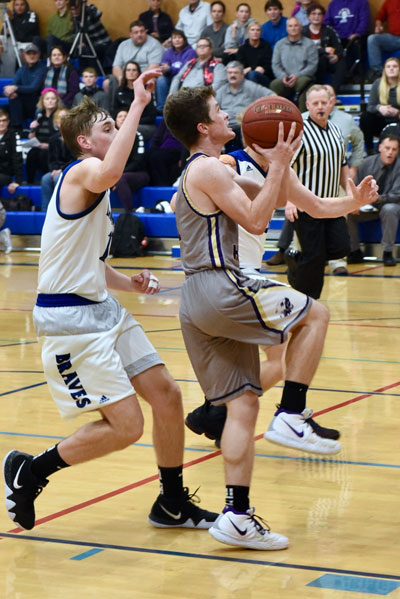 Ethan Germain heads toward the basket for a layup. John Stimpson photo 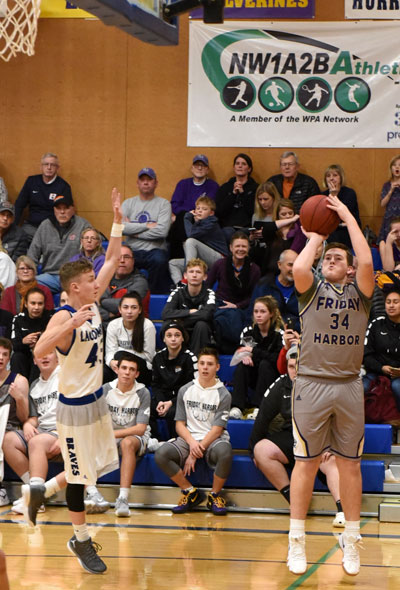 Gavin Mason gets a two point basket from the corner. John Stimpson photo