The Friday Harbor Wolverines played the Orcas Island Vikings on January 18 on Orcas Island. There was a full capacity crowd on hand for both teams. The Wolverine Boys took control of the game and ran the scoreboard capping the win at 70-38. 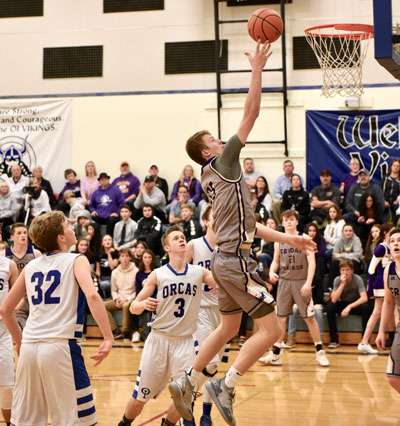 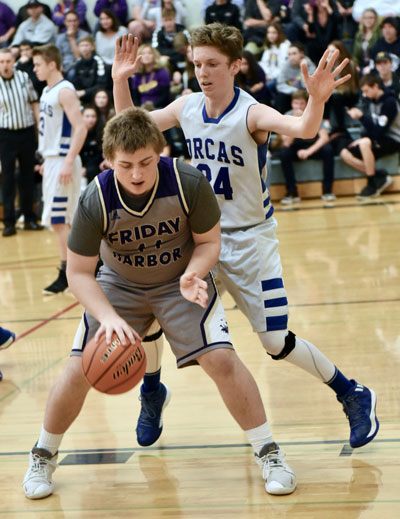 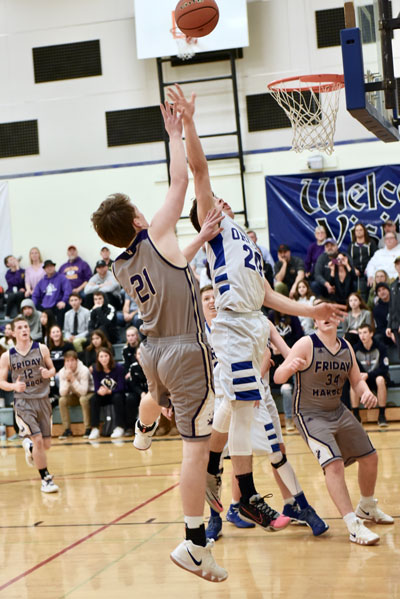 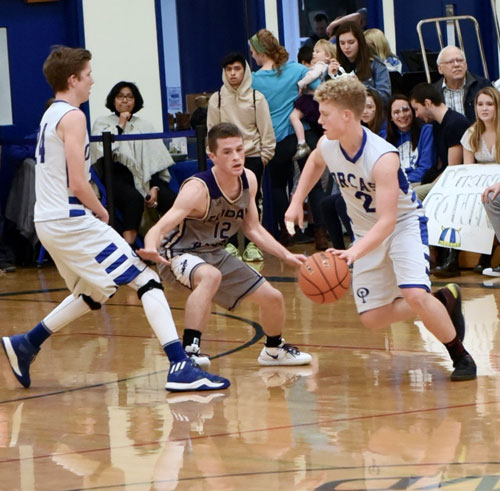 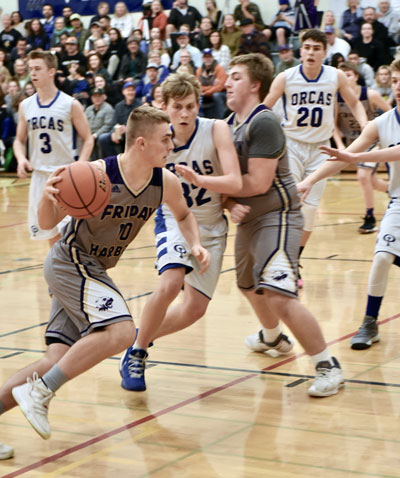 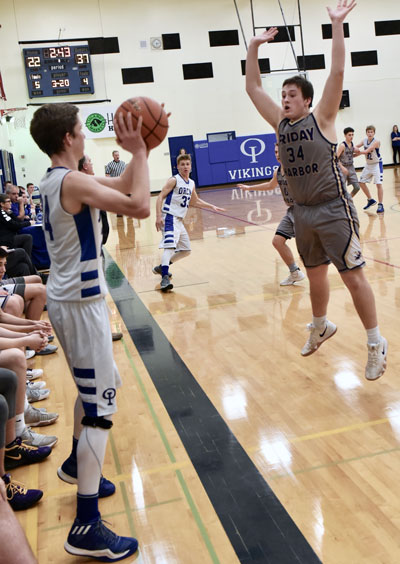 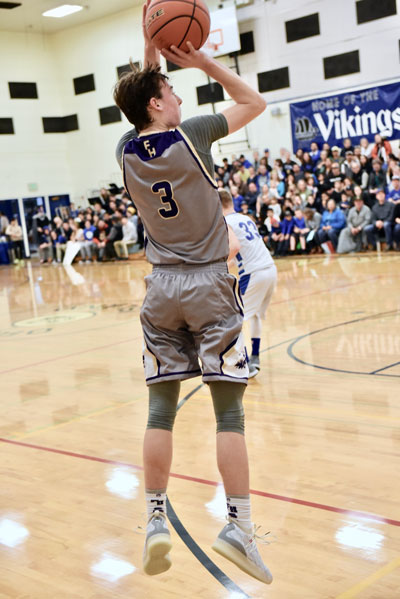 Lucas Chevalier sinks another of his many three pointers. John Stimpson photo