Friday Harbor High School Wolverine’s shut out La Conner Braves 30-0 at La Conner October 18, 2019. The Wolverines fumbled the ball three times yet the Braves could not convert the opportunity into a score. Next game is at Concrete October 25 against the Lions. 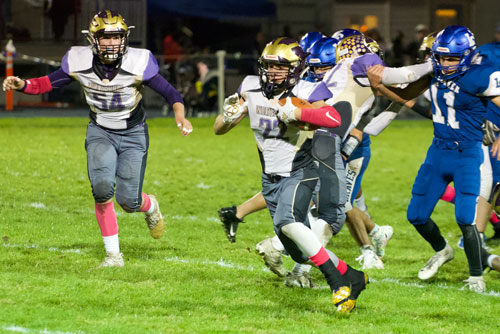 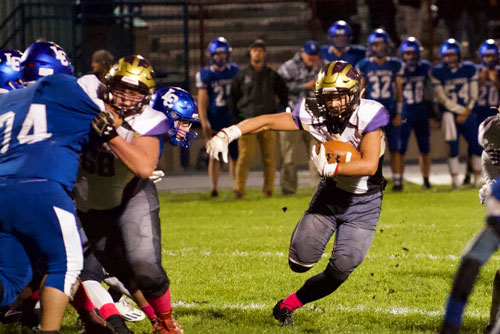 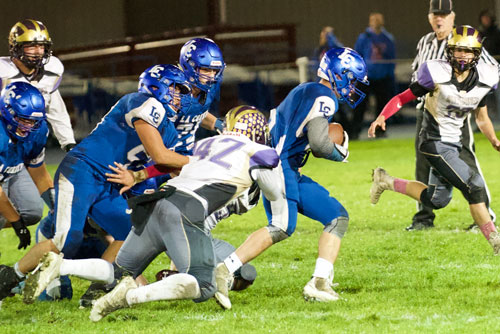 #42 Mateo Blackmon puts a stop on the Braves running back. John Stimpson photo 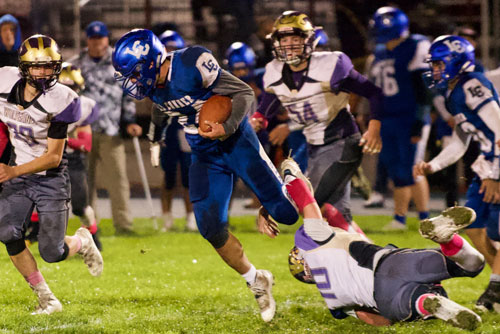 #10 Jaden Jones puts a one arm stop on the Braves running back. John Stimpson photo 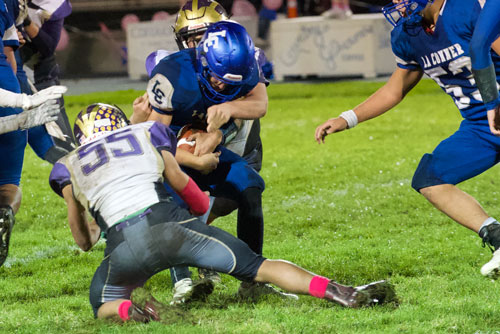 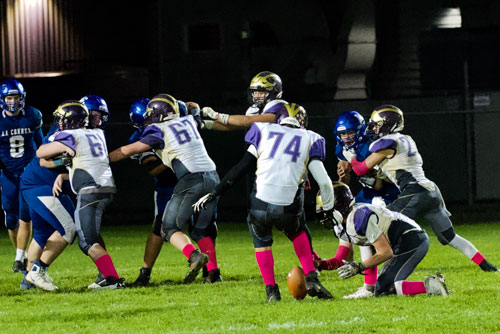 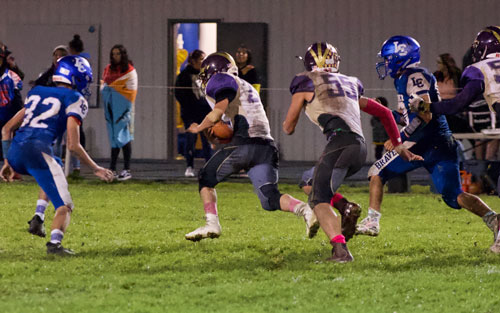