The Friday Harbor Wolverines after a hard fought battle with the Concrete Lions, at Concrete, subdued them with a score of 32-15. In the beginning the Wolverines scored first then the Lions, followed by another score by Friday Harbor and nearing the half the Lions scored giving them the lead at the end of the half 15-14. 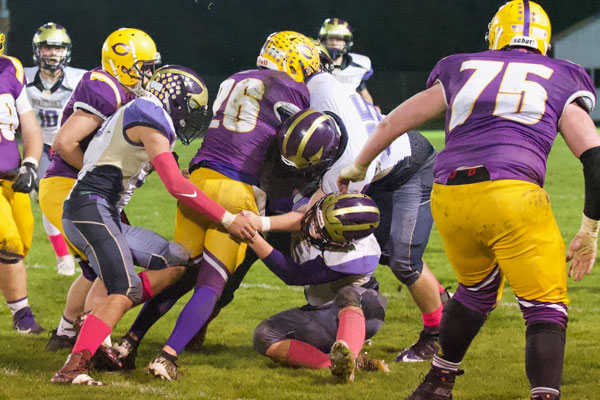 The second half was a different story with Friday Harbor crushing the run and the passing game of the Lions. The Lions never scored again. The Wolverines were able to run the ball thought the tired defense of the Lions coming away with the win.

The next game will be November 1, at home against Granite Falls at 6:30 pm. 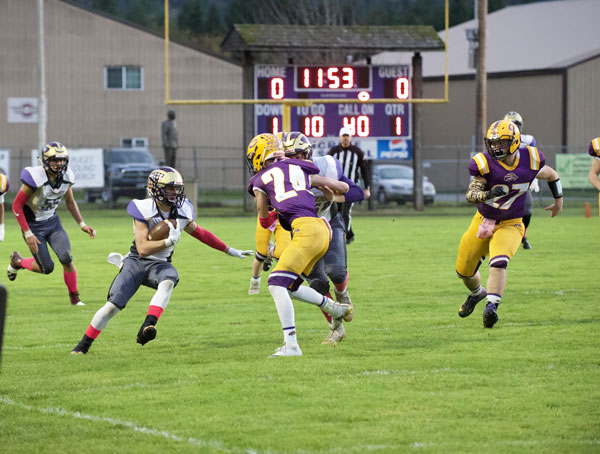 #22 Kyson Jackson started play with a good run up the side line. John Stimpson photo 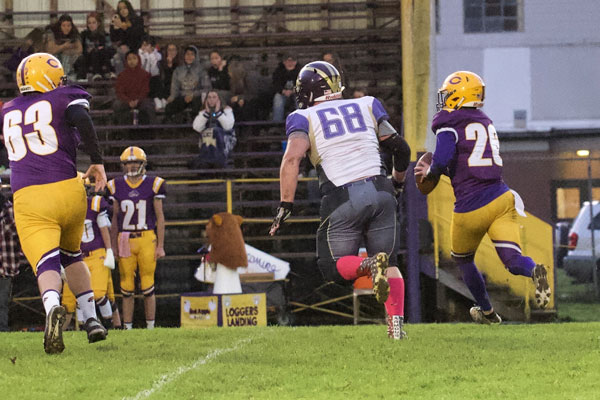 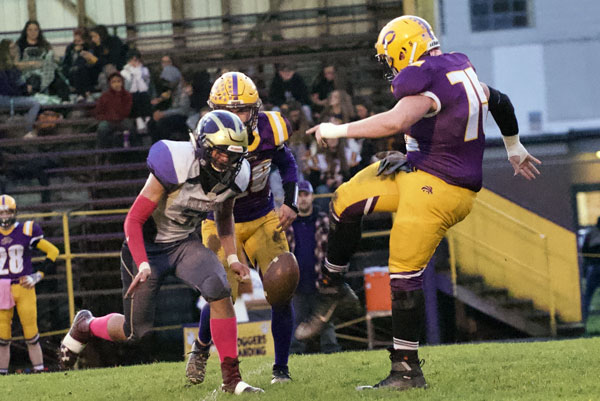 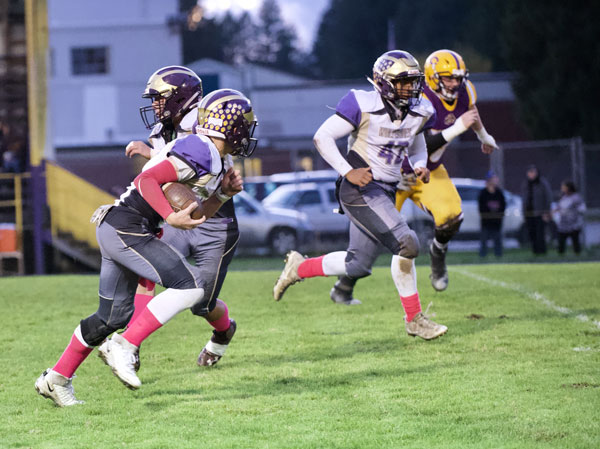 #10 Jaden Jones retrieves a blocked punt and takes off for the goal line. John Stimpson photo 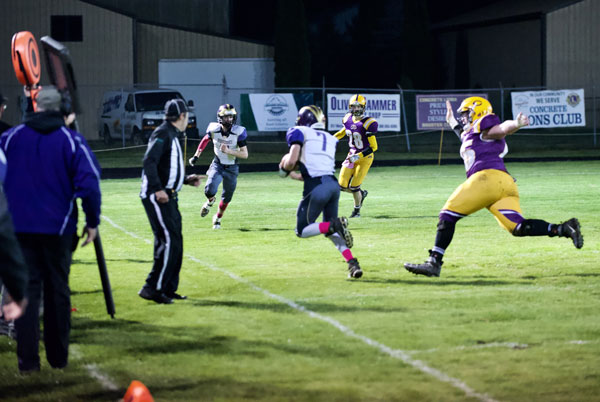 # 7 Dylan Roberson dashes down the side line toward the goal line. John Stimpson photo 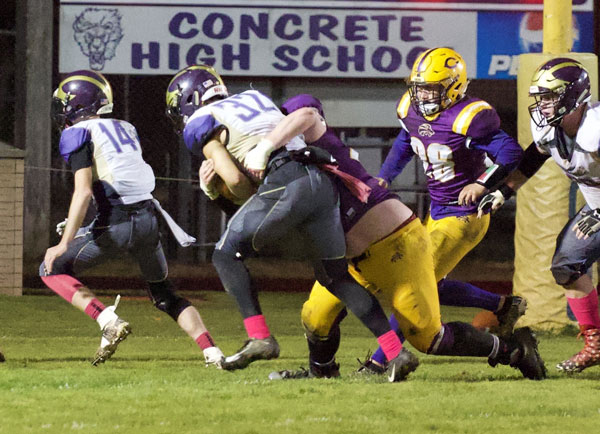