Wednesday Dec 11, 2019 Friday Harbor Wolverines hosted the Coupeville Wolves at Turnbull gym. The Wolverine Girls had a tough go trailing in points throught most of the game. 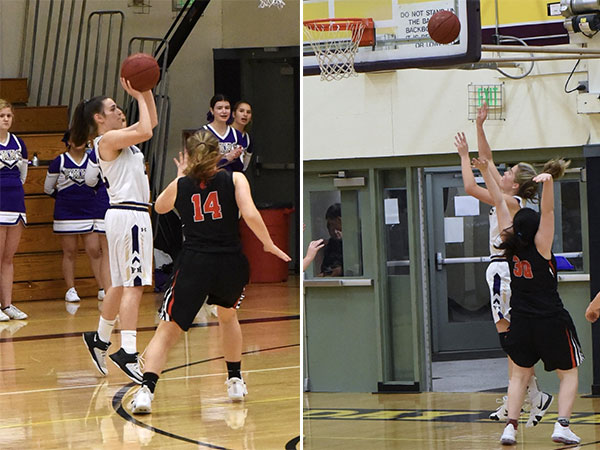 In the last quarter they made a valiant scoring run but were unable to catch and take the lead. Coupevill won 35-26. 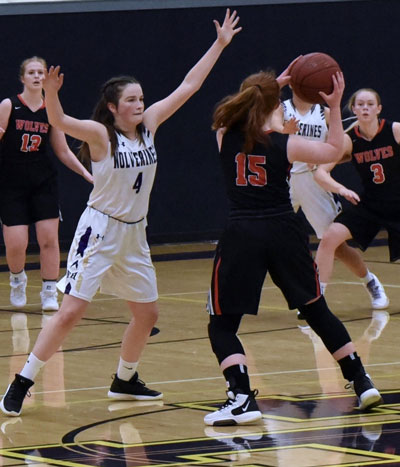 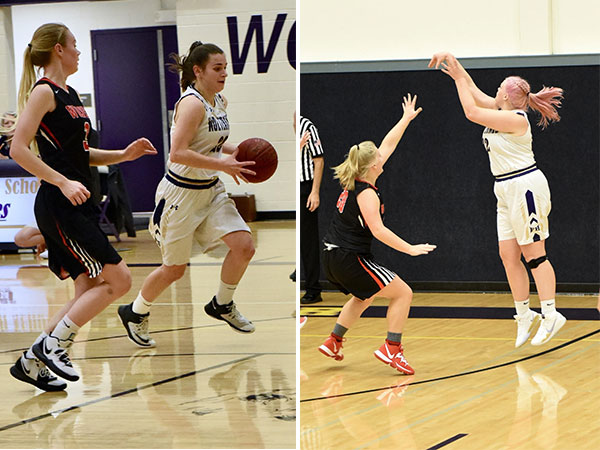 (Left) Liz Cruz races down court on a fast break to the basket. (Right)  Stella Parsons fires off a shot from the base line. John Stimpson photos