The score in Friday Harbor boys varsity basketball game against Coupeville December 11 was close throughout the game. Seconds before the half, Wolverine Gavin Mason hit a three-point shot from the corner at the buzzer and sent the Wolverines clearly into the lead. 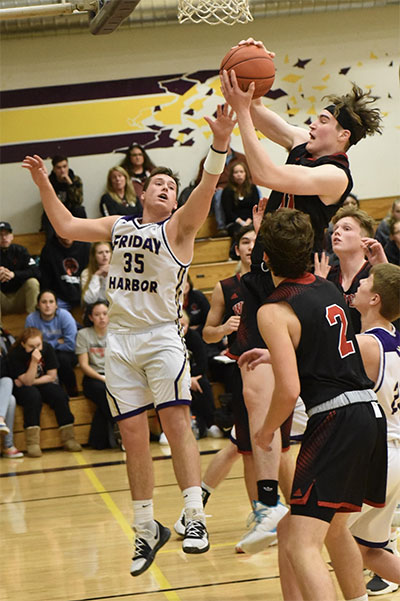 Starting the second half Friday Harbor Wolverines remained in the lead with as much as 10 points ahead. The Wolves mounted a comeback with several three point shots narrowing the lead to 4 points. With less than 1 minute on the play clock Ty Anderson and Ethan Germain went to the foul line and made their shots (4 points) giving the Wolverines a safe cushion to cage the Wolves and secure the win 43-38.

Photographer John Stimpson said it was a very exciting game to watch. Next game is Friday, December 13, 2019 at Nooksack High School. Girls play at 5 pm and Boys at 7:15 pm. 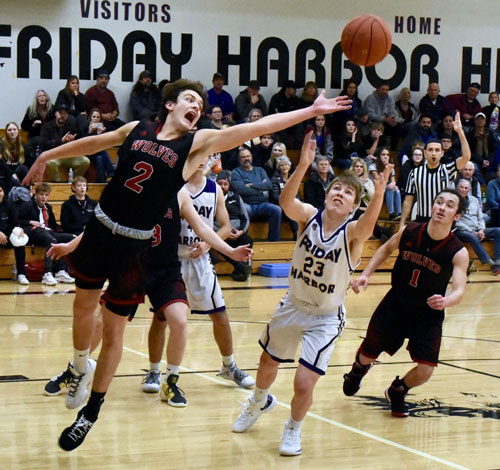 Dylan Roberson battles for a rebound foiling any chance for a Wolves score. John Simpson photo 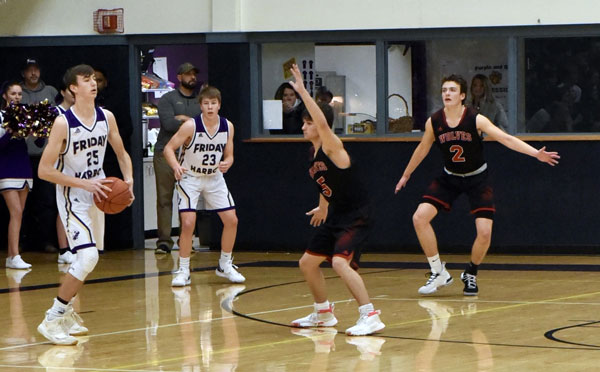 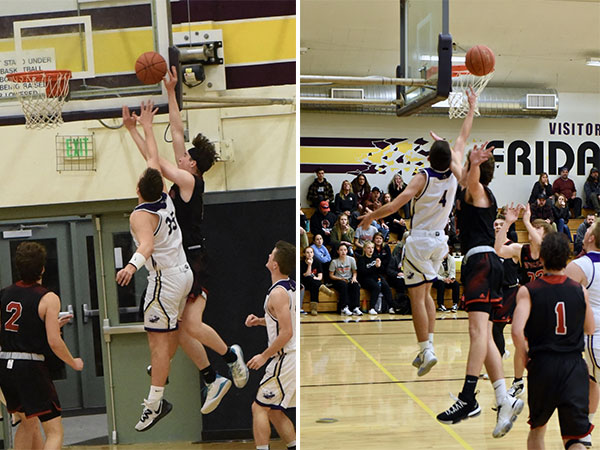 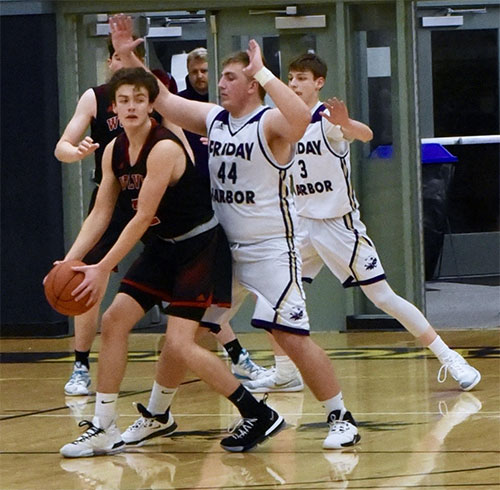 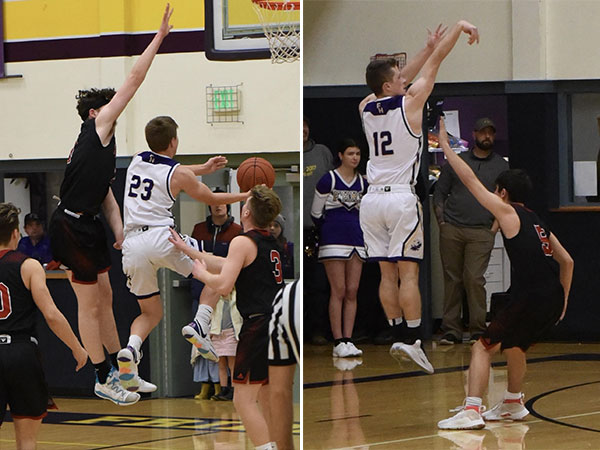