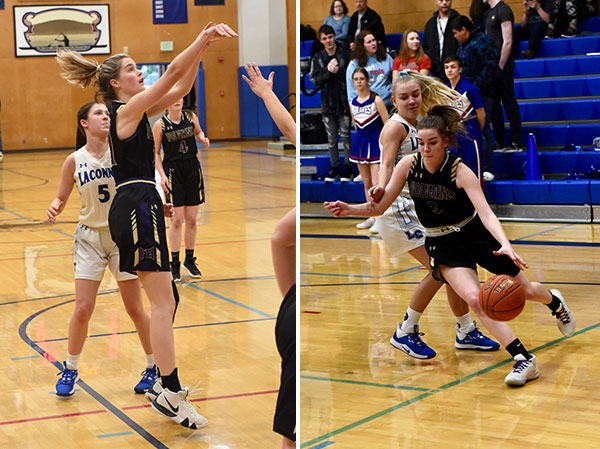 The final league game during regular season with be at 3:45 p.m. Tuesday, February 11 at Concrete. 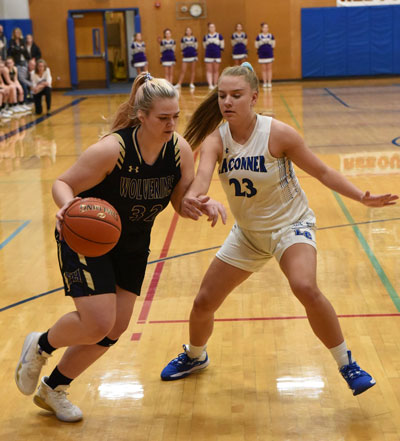 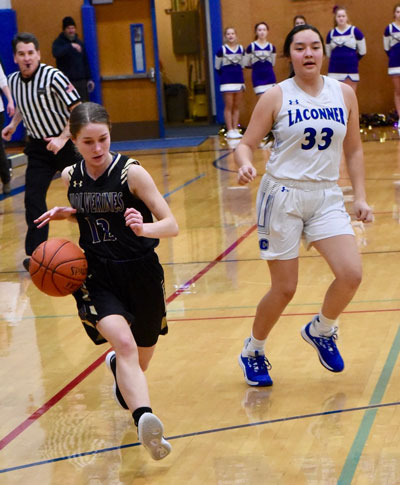 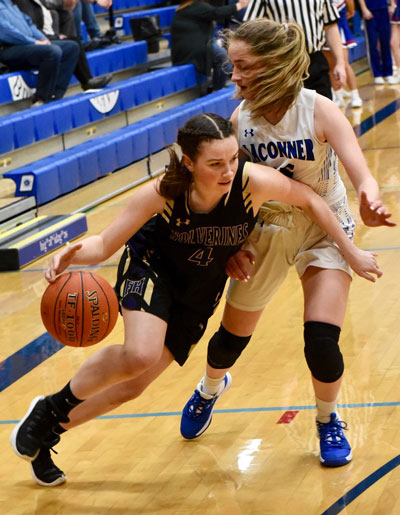 Fallon Taylor easily gets the jump on her defender on the way to the basket. John Stimpson photo 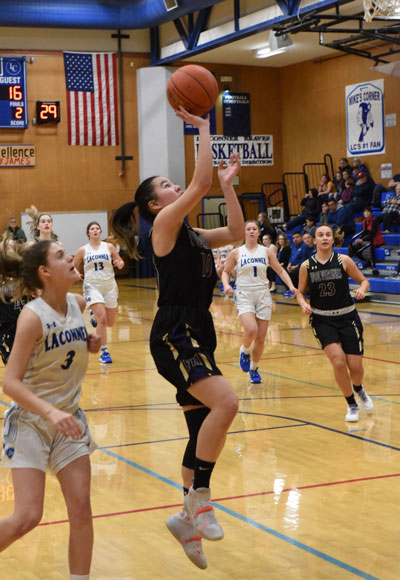 Olivia Meenan glides in for a two point lay up. John Stimpson photo 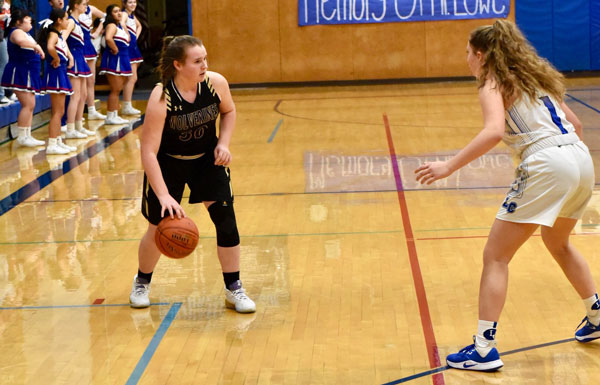