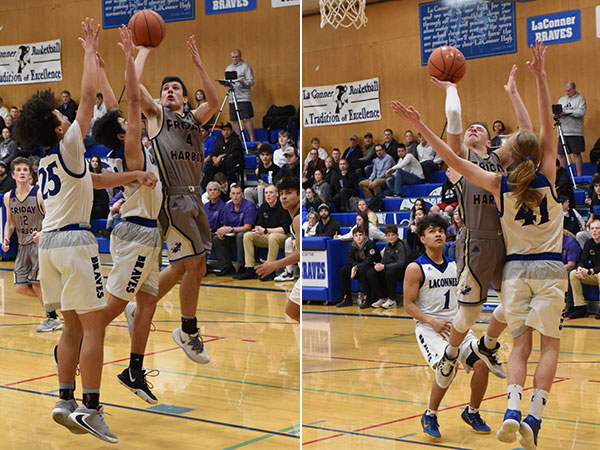 The Wolverine Boys Varsity had a very close contest leading the Braves by just two points for most of the game. In the the fourth quarter, the Wolverines had a five point advantage and kept it, winning with a score of 44-39.

The final league game during regular season with be at 3:45 p.m. Tuesday, February 11 at Concrete. 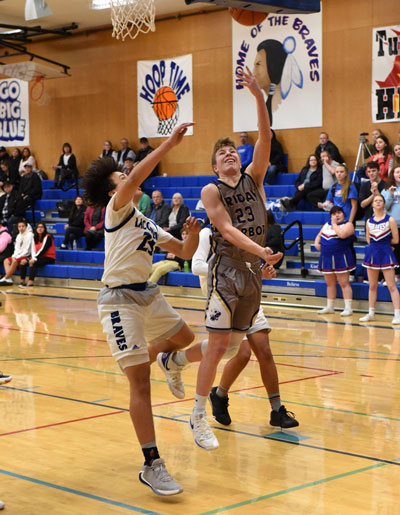 Dylan Roberson puts the first points on the score board with a two point lay up. John Stimpson photo 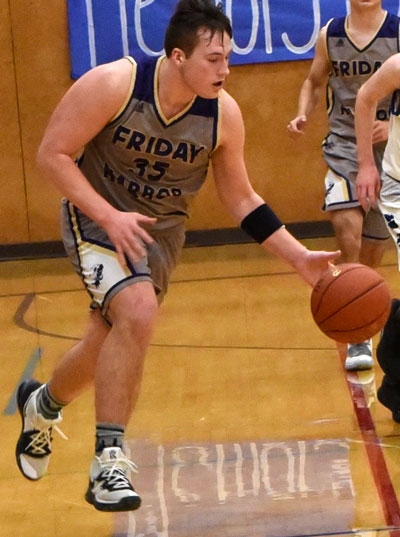 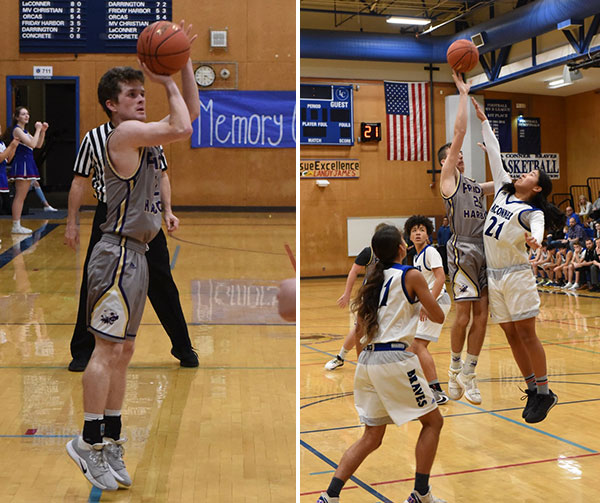 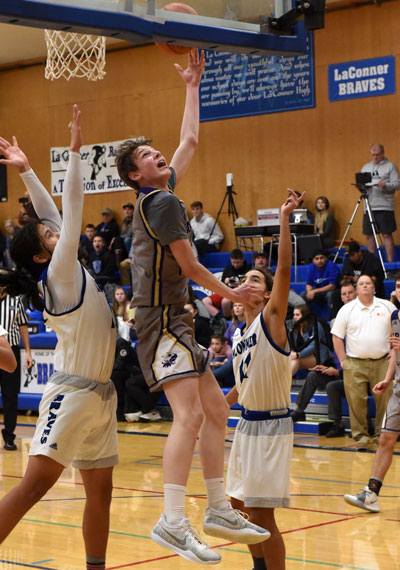 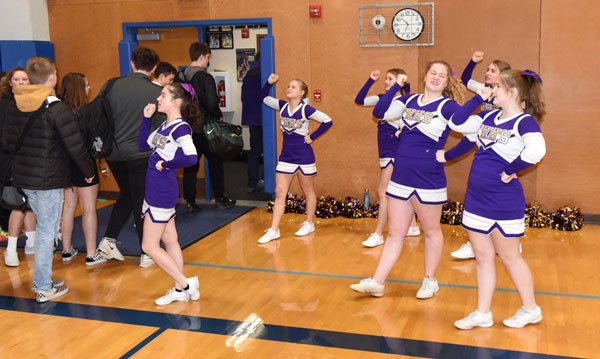