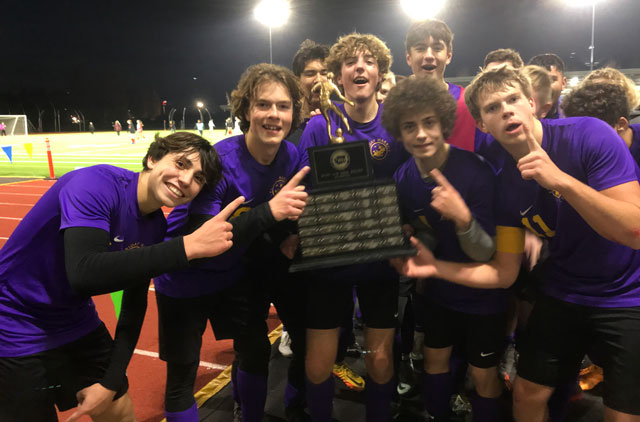 The Orcas Island Vikings took second place. Last year, the Orcas Vikings knocked Friday Harbor out in the semi-final round and went on to win the state championship.

Warm welcomes are planned at the ferry terminals for each team:

Orcas Island: Meet at 10:15 p.m. at the the corner of Main Street by Darvill’s/Brown Bear/Roots. Cheer the team home from an incredible soccer season.

We'll have photos and more details after our photographer Matt Pranger makes it to the ferry terminal.